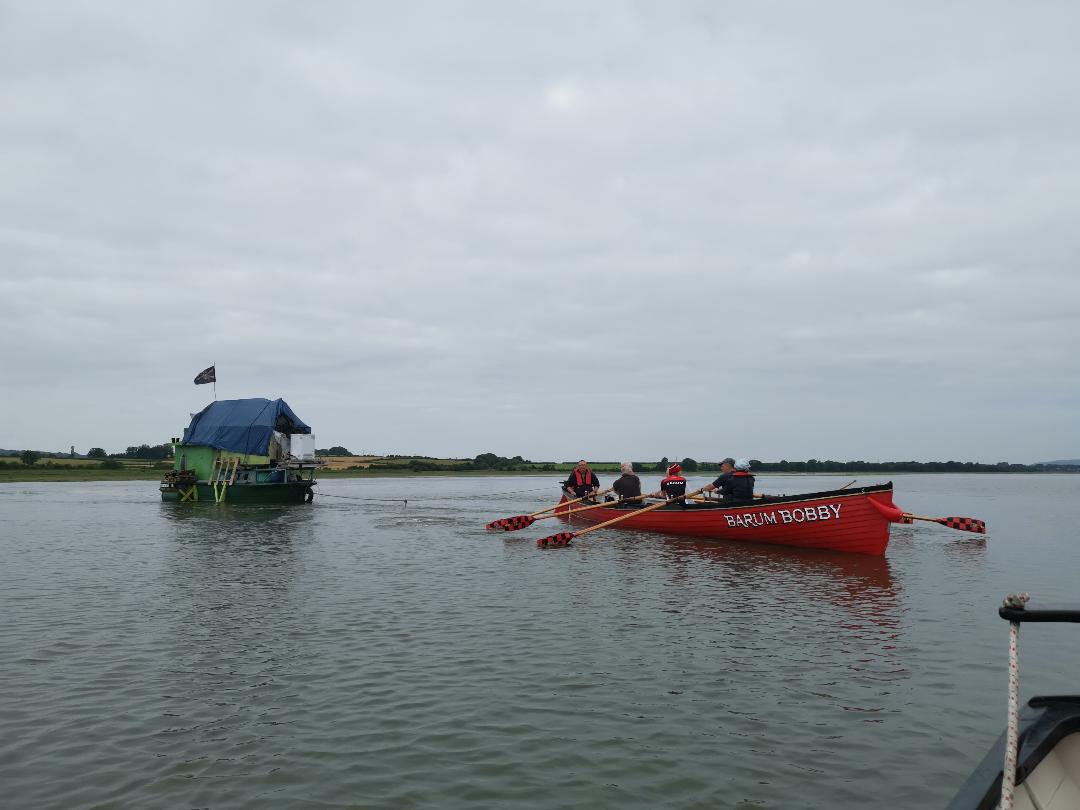 Barnstaple Pilot Gig Club Chairman Kevin Ward is pleased to announce that the Club has now completed (as of 3rd July) the purchase of the The Warehouse on Rolle’s Quay for use as a Water Sports Centre and communal meeting place for the people of Barnstaple and surrounding areas. The Club has been engaged in an active fund-raising drive since November 2017 and has managed to raise £200,000 in that time to complete the purchase. Expressions of interest in using the building have already been received from North Devon Scouts, the W I, Bideford canoe club, University of the Third Age, Petroc, Morris Dancers, West Buckland School, and two Surf Life Saving clubs.

Kevin said ” We are immensely grateful to all of the club members and the people of Barnstaple who have supported our own fund-raising efforts, managing to raise more than £30,000 in the past year and a half. We also owe a huge debt of gratitude to all of the grant funders who responded so well to our proposed project, to raise the balance of the funds needed. The largest grant was £75,000 from Sport England, and the next largest £49,850 from the Fullabrook Wind Farm Community Interest Company. Other grant funders included the Trusthouse Charitable Foundation (£30,000), Garfield Weston (£15,000), Bernard Sunley (£10,000), Investors in Devon (£1,500), and Barnstaple Town Council (£500).
The next step for us is to complete the necessary renovation works to the building to make it useable as a boathouse, workshop and meeting room, with a target date of 24th February 2020 for completion – this being the tenth anniversary of the formation of Barnstaple Pilot Gig Club. I am confident on past performance that the club members and the people of Barnstaple will rally round to ensure that we achieve this target, and the club will go from strength to strength.”

To celebrate the completion of the purchase, the club arranged a river outing on Sunday, with all four boats leaving Castle Quay in Barnstaple to row to Fremington Quay. Thirty club members made up mixed crews for the row, and all disembarked at Fremington Quay to enjoy refreshments at the cafe. The boats then rowed back to Castle Quay and, after the boats were returned to the temporary yard in Mill Road, the club members were shown around the new premises on Rolle’s Quay.

Coincidentally, during a training row on the previous day club members on a training row were able to assist the owner of a ‘houseboat’ that had come adrift on the Taw and was grounded on the north bank near Ashford. The gig boat Barum Bobby, rowed by a social crew, later replaced by a men’s racing crew, towed the stranded craft for almost a mile upriver to a safer location.