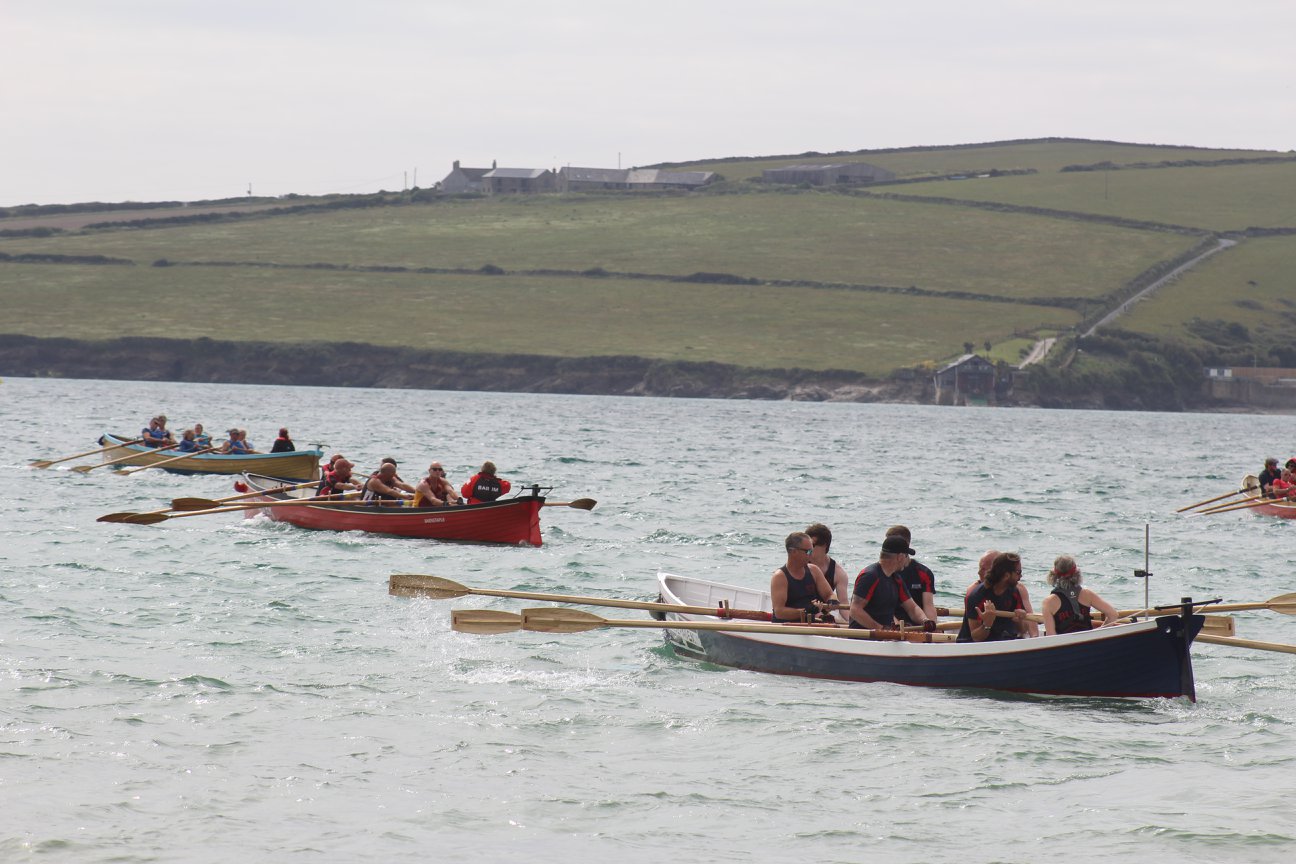 Boscastle regatta on Saturday continued despite the early fog that shrouded the harbour in the morning, but which fortunately lifted enough for the racing to commence in the afternoon. The home club (Boscastle and Crackington Haven) were well adapted to the almost unique conditions on the race course that circumnavigated Meachard Island, with a final buoy turn for a homeward dash to the finish line at the harbour entrance. They came first in every category to take the overall trophy for the day. Barnstaple came 2nd in the Ladies B, 4th in the Men’s B, 3rd in the Ladies A, 4th in the Men’s A, and 4th in both the Ladies and Men’s Veteran races. The home club then entertained the visitors to a garden party in the magnificent setting of Boscastle Harbour, enjoyed by all.

Rock regatta was held on Sunday at Daymer Bay and it attracted 27 boats to take part, including Nipper from Barnstaple and Will to Win from Torridge. Many of the Barnstaple rowers had also rowed at Boscastle the previous day, so they all took part in five separate races over the weekend. The conditions at Daymer Bay were good, with only a slight swell and light winds, in contrast to the ‘Bibbly-Bobbly’ conditions the previous day at Boscastle. Friendly rivalry took place between Torridge and Barnstaple in the different races during the day, culminating in a determined row by Barnstaple Ladies in the A race chasing Torridge ladies all the way to the finishing line. The Torridge crew prevailed to cross the line one boat length ahead of Barnstaple. The beautiful beach and river views at Daymer Bay were a fine setting for this regatta, much enjoyed by all who attended.