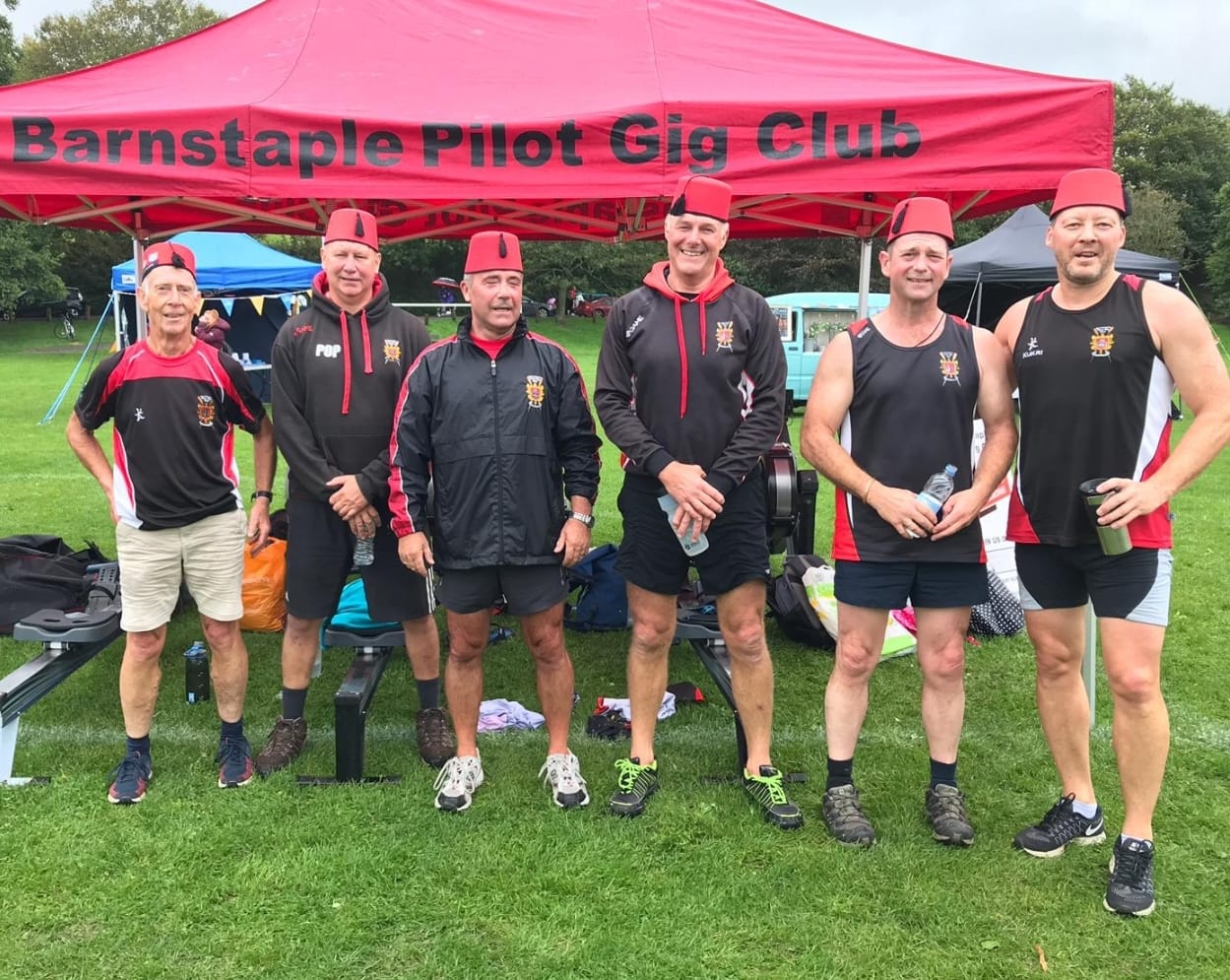 A Supervet crew from Barnstaple Pilot Gig Club set themselves a challenge to complete a half-marathon distance (21.098km) last Sunday on rowing machines, at the same time as when the Barnstaple Marathon and Half Marathon took place at Rock Park
Their challenge began as the Barnstaple half marathon runners left the starting line, and continued non-stop until the required distance had been covered. The inclement weather did not deter their effort and they continued through showers of rain blown into the club shelter by the gusting wind, so that all were very wet by the end of the row – not a problem for these rowers since it was just like rowing a gig boat in rough waters.
The finishing times varied from 1 hour 12 minutes to 1 hour 35 minutes, and the rowers were supported by other club members during and after the rowing session. The Town Crier gave encouragement and many spectators there for the running were interested in the effort put in by the rowers. The rowers had each gained sponsors for the event, and all monies raised will go towards the refurbishment costs for the new Water Sports Centre recently purchased on Rolle’s Quay, Barnstaple.

Rowers taking part were David Dixon, John Popham, Graeme Clarke, Alan Pidner, John Nickell and Tony Layton, and all were presented with half marathon medals on completion of the session.