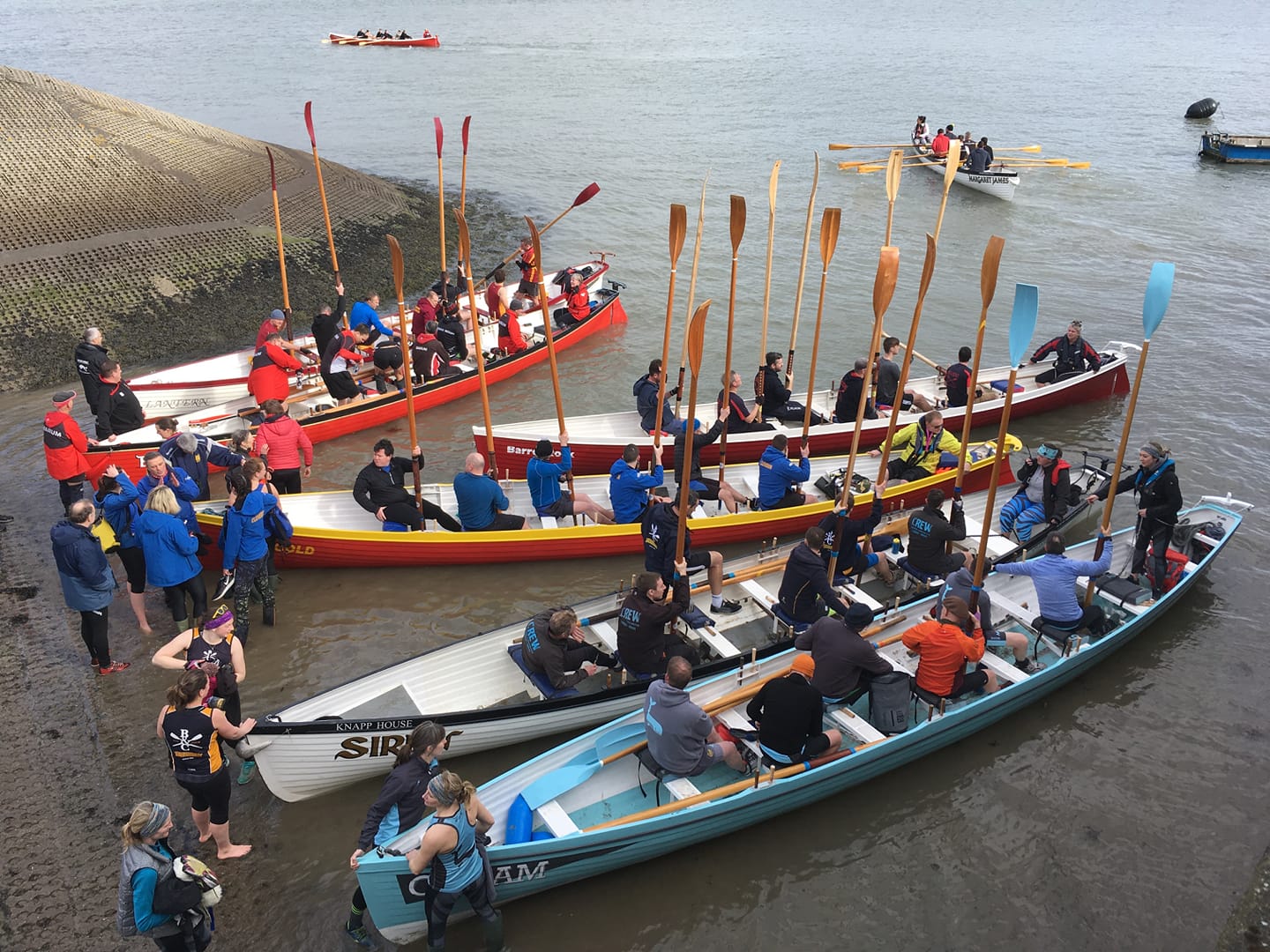 Nine Gig Boat clubs travelled to Appledore last Saturday to take part in the second round of the North Coast Gig League. Many of the clubs use this league to try out new crews and to introduce new rowers to gig boat racing, so it was well attended with no room left in the car park by 10.30 in the morning. The start line was beyond Yelland Quay in the river Taw, and the boats raced back to the finishing line at Appledore Quay.

The weather was fair and sea conditions good as the first race (Ladies B) set off for the start line, pulling against a strong incoming tide. This meant the crews were well warmed up before the race back, won by Bristol. Bristol went on to win the Men’s A and B races, and the Ladies and Men’s Veteran races, and the Men’s A was won by Appledore. Appledore also went on to win the Supervets races for both Ladies and Men.

Bristol Pilot Gig Club have presented strong crews at both NCGL meetings this year, indicating their determination to get good results in the World Championships in the Scilly Isles in May.